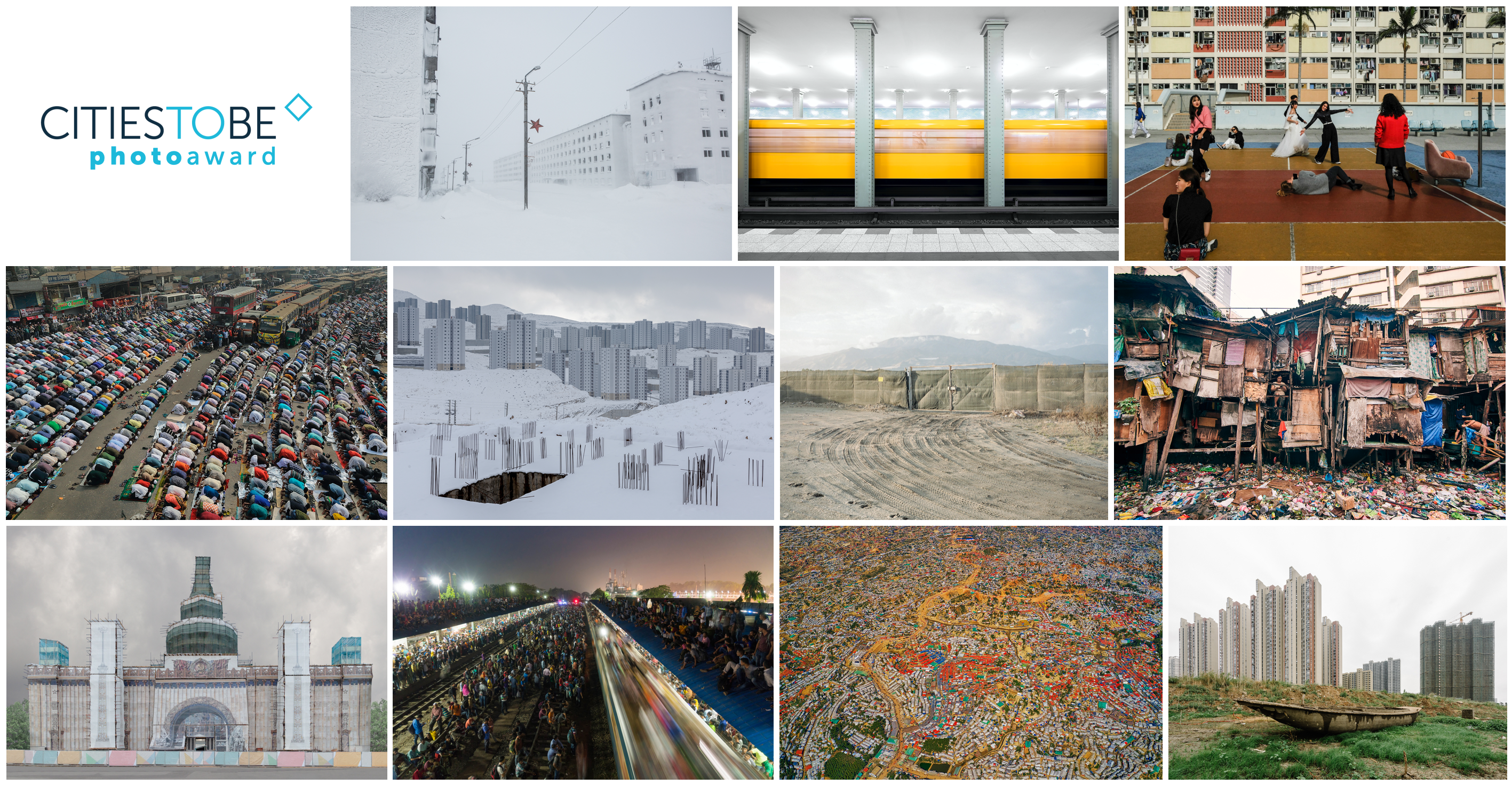 The day has arrived! After evaluating the 533 photographs from more than 60 countries submitted to the call of the 1st edition of the CitiesToBe Photo Award, the Jury has selected a winner and 10 Honorary Mentions.

Thus, we are pleased to announce that the CitiesToBe Photo Award has been awarded to the photograph ‘Vorkuta’, by Roman Demyanenko (1984), a freelance documentary photographer based in Voronezh, Russia. For its artwork, Demyanenko will receive an acquisitive prize of 1,500 euros.

At the same time, we are very honored to announce that the quality of the 50 shortlisted finalists revealed last week is such that the organization of the CitiesToBe Photo Award has decided to feature all them in the commemorative book of the competition that will be edited during this year, aimed at acknowledging and showcasing the work of the awarded artists.

Without further ado, here are the winning image and the 10 Honorary Mentions of the competition. Congratulations to all of them! 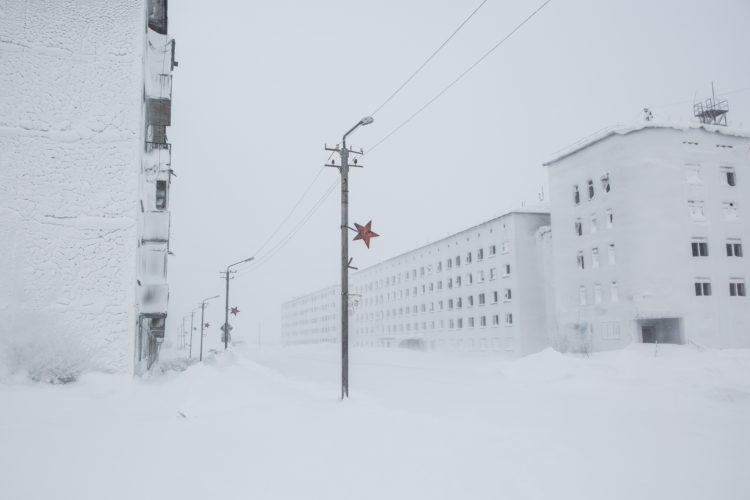 Roman Demyanenko‘s image reflects on the past and present of cities and the volatility of urban realities – through the effervescence and decadence of Europe’s easternmost town, Vorkuta.

«Vorkuta is situated in a permafrost zone near the Arctic Circle, and after the beginning of Stalin’s mass repressions in Vorkuta was formed one of the most cruel Gulag camp. Prisoner’s forced labour was used for the coal mining, where more than 200 thousand prisoners died. After the fall of the USSR, profitability of coal mines was doubted. The collapse of the Soviet economy set in motion the decline of the town, and many people left their houses and moved from Vorkuta, which became one of the most rapidly dying cities in Russia.»

Since 2013, Demyanenko has been working as staff news photographer for the newspaper Molodoj Kommunar and the TASS news agency. His work has been published in globally known newspapers and magazines including The Washington Post, Forbes, The Moscow Times or Meduza, where his complete photo report on Vorkuta was featured.

by Azim Khan Ronnie from Bangladesh 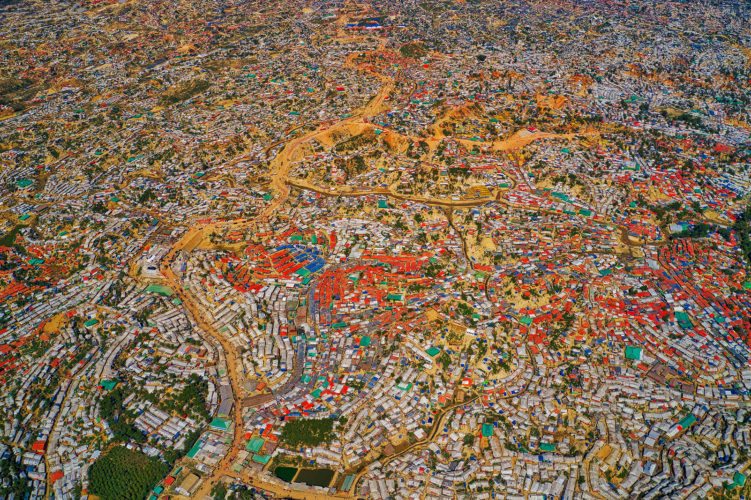 «The array of red, green and white homes, which house more than 1,000,000 refugees who are fleeing terrifying violence, can be seen sprawling for miles in this drone shot. Million of Rohingya refugees are living in Kutupalong Rohingya camp near Cox’s Bazar, Bangladesh. They built small homes, tents and houses to survive.» 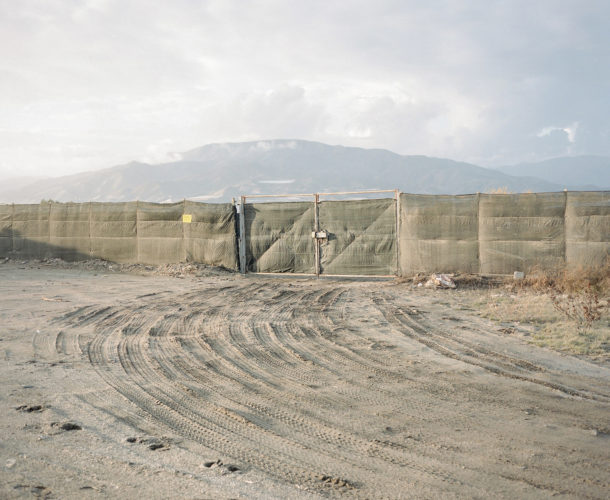 «This image is part of project ‘Árida’, which documents the Spanish lands currently at risk of desertification. 80% of the state’s territory is prone to desertification during the 21st century. Most affected will be the regions of Murcia, Almería and their respective mountain ranges. The productivity of the land and its capability to support vegetation gradually declines as a result of human –and urban– activity and prolonged periods of draughts and floods.»

‘Dhaka street on a Friday’

by Sandipani Chattopadhyay from Bangladesh 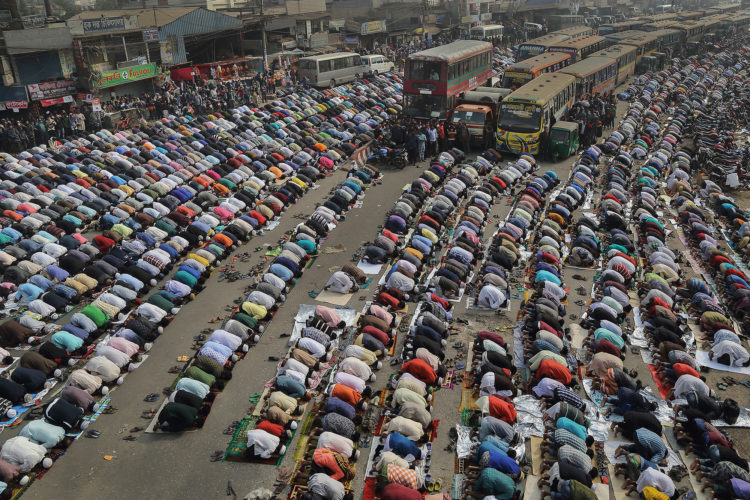 «Friday prayer on the main street of Dhaka, Bangladesh. All traffics are suspended during the afternoon prayer as the main street is fully occupied by the people. Dhaka is known for cultural diversity and religious tourism and during Ijtema festival, a huge number of Muslim people come to the capital of Bangladesh for religious purpose. However, due to unplanned urbanization, the Government is not able to accommodate these pilgrims in a proper place, resulting in the traffic suspension of the city.»

by Alessandro Zanoni from Italy 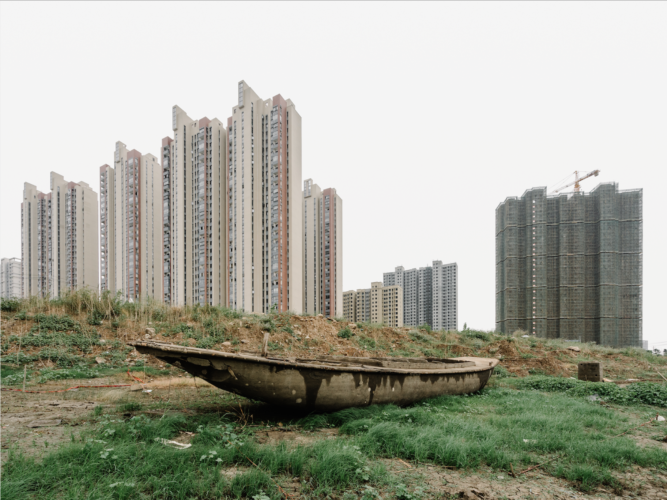 «Wuhan Boulevard is an invitation to a journey through a city in progress where time stands still. A trip through an elevated urban railway located in the capital of Hubei province traversed by the Yangtze River: Wuhan. Wuhan is indeed a major transport and logistics hub connecting key provinces in China, notable thanks to its port. Yet the usual watery landscapes that surround the city are not the focal point of this visual journey. Here we embark on a train that leads to an infinite landscape made of concrete and empty skyscrapers, an endless road towards unceasing urbanization.»

by Olesia Kim from Tyumen, Russia 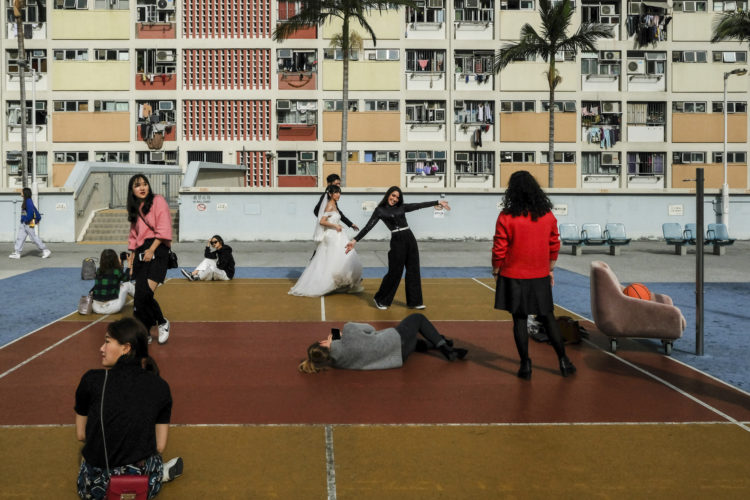 «I took the picture of the most Instagrammed place in Hong Kong, called Rainbow Mansion or Choi Hung Estate. Everyday, groups of tourists come to take photos there, disturbing the residents of the place.»

by Olya Pegova from Russia

«In the past, faux facades were rare and temporary interventions in urban spaces, but today they have become a part of the city landscape, only being changed from time to time. Looking at the windows, arches, and other architectural elements constructed in graphic editors and printed in great detail, it is impossible to tell what’s hidden behind the faux facades: a historical monument awaiting reconstruction, a building in a state of disrepair concealed from the public eye, new construction space or just an empty spot. A drawn-over reality fills in the modern city landscape, shaping our perception of the world. In my work, I bring changes into the city landscape by means of digital editing, leaving the faux facades untouched. The landscapes in the photographs look familiar, but it is no longer clear what actually exists and what has been changed digitally and now only deceptively resembles the reality.»

by Kevin Krautgartner from Germany 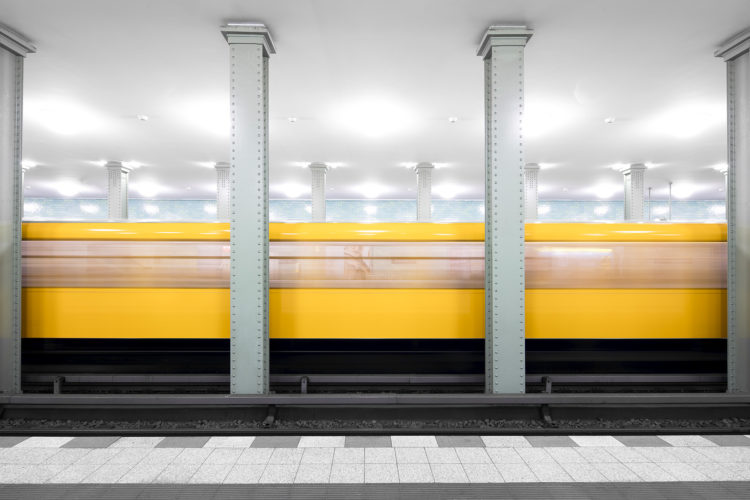 «In the world’s rapidly growing metropolises, means of transport are the key to a functioning infrastructure. The underground transport route in particular connects residents of the mega-cities around the clock. As its stations are usually filled with stressed and hurried people, we normally don’t recognize those partly fantastic architectural constructions. At a later time, we can see the beauty of those deserted subway stations.»

by Farnaz Damnabi
from Iran 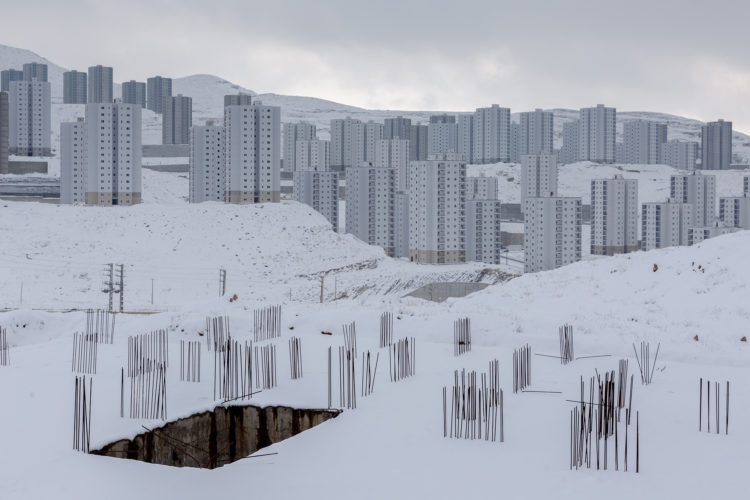 «In Pardis, a satellite city of Tehran, construction has been increased these days because of growing population. The foundation of a new building in this picture seems like a dungeon where people will be buried.»

‘Below the City of Dreams’

by Mariano Sayno from Philippines 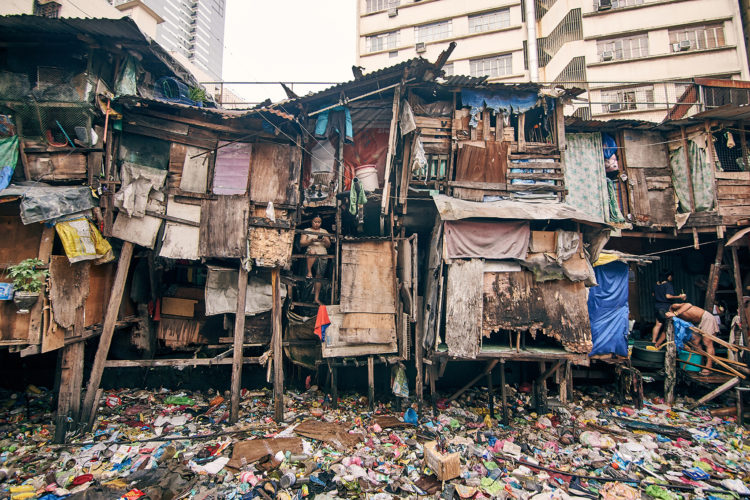 «Down a narrow alleyway in Manila, hundreds of families live here in houses hammered together out of plywood and scrap, scavenged metals. Thick layers of garbage has clogged the waterways so dense that waters never seem visible. The playground for the children has been replaced with avenue of trash. Deprivation is inevitable but it seems they don’t have a choice but to co-exist in such harsh habitation.»

by Tanveer Hassan Rohan from Bangladesh 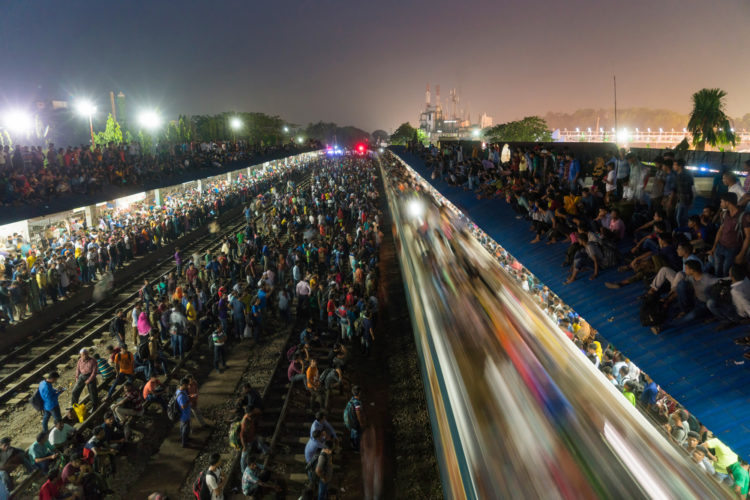 «A massive crowd hits on Dhaka’s Airport Rail Station during Eid Vacation. People gathered at the station to return home. It was one of the record breaking crowd I have faced since I started taking photographs here from 2013. People were so desperate that they climbed on the rooftop shade of the station so that they can easily get secure the seat on the rooftop of the train. However, during that evening part of the shade was broken and many people got injured. After that incident, authorities ban to climb the roof shade of the station.»

For more information on the competition and on the shortlisted finalists, please check out here.

Sergio García i Rodríguez is a strategic and digital communication specialist and a sustainable development and international cooperation expert.

He has worked in the field of multilateral international cooperation (United Nations Development Programme in Chile) and within the Spanish media environment (Agencia Efe) before joining Anteverti's team as Communication Coordinator, where he also is the Executive Editor of the blog www.citiestobe.com.