In this interview Emilia Saiz describes cities as the greatest creation of humanity. Cities are also a living mechanism that allow us to live in society.
Due to her role as the Secretary General of UCLG, Emilia Saiz represents the global movement of cities and therefore, contributes to tackle their challenges with a global look. To her, there are three main issues to be urgently tackled in our democratic system: the need to govern city challenges rather than looking at problems from a technical perspective, the false representation of cities lead by new mechanisms that aim to represent cities within their interests and the lack of unity between cities.

Emilia Saiz stresses the idea that city cooperation has come a long way, of more than hundred years. Cities started cooperating in a bigger scale much earlier than nation states did. In that sense, cities are in good health in terms of cooperation and UCLG is the inheritor of that movement that aims to face big challenges together from cooperation.

The adoption of the Sustainable Development Goals is the first international agenda that is truly universal, that refers to all communities. To Emilia Saiz, it will trigger many changes in how global governments are conceived and this could be an opportunity to involve cities in that kind of global processes. 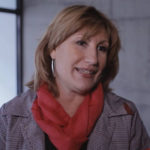 Emilia Saiz is the Secretary General of UCLG having previously served as Deputy General Secretary of UCLG for the last few years.

She has worked with the international movement of local and regional governments in different fields since 1998. Some key areas of her work during her career years have been the strengthening of capacities of the Local Government Associations, the promotion of the participation of women in local decision-making and the strengthening of the role of local governments before the United Nations.