In 1960, only about 100 million people lived in cities in Latin America and the Caribbean. Almost 60 years later, the urban population of the region is 500 million – out of a total population of almost 650 million. Tatiana Gallego is the Division Chief for Housing and Urban Development at the Climate Change and Sustainable Development Sector of the Inter-American Development Bank. Therefore, she has a unique in-depth knowledge of the Latin American urban landscape. To her, the region suffered a “very fast, unplanned and highly uncoordinated” urban transition which gave rise to several issues affecting Latin American cities today. Segregation, the loss of the social fabric or poor urban infrastructure planning are just some of them.

“Financing urban infrastructure is a real challenge for municipalities in Latin America and the Caribbean, because there are many competing expenditures that need to be taken care of”, Gallego tells us. However, headway is being made across the region and solutions arise under a common denominator: innovation. Here, it is not only about implementing specific urban solutions, but also about optimizing processes to overcome deeply-rooted challenges. In this regard, Gallego mentions the example of an innovative financing model supported by public-private cooperation: São Paulo’s Certificates of Potential Additional Construction (CEPACs) – a value capture scheme designed to leveraging private funding to finance public investment in neighborhood revitalization and social infrastructure.

Digitalization, IoT or big data can open multiple new ways for cities to further improve the life of their citizens. From drones being used for housing and infrastructure planning to apps being designed for involving communities in participatory processes, “There are many different areas where we may apply innovation to change and improve the way our cities are planned and managed”, Gallego concludes. 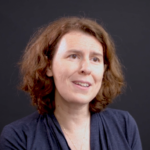 Tatiana Gallego is the Division Chief for Housing and Urban Development at the Climate Change and Sustainable Development Sector of the Inter-American Development Bank (IDB). She previously worked at the Asian Development Bank (ADB) where she held various positions, including as Director of the Urban Development and Water Division of the Southeast Asian Department, where she pioneered agendas on urban climate change resilience, cross-border economic zones and corridor town development. She has also worked in the Private Sector and in Research. Gallego holds a PhD and a MEng in Environmental Engineering from Imperial College, London and a PGD in Policy Studies from the School of African and Oriental Studies.

Elkin Velásquez "Latin American cities face one main challenge: inequality"
A new generation of Urban Agendas: 3 keys to make them a vector of global transformation
2019 in Urban Challenges: CitiesToBe review of the Year