To Geoff Mulgan cities cope with different challenges such as aging population, urbanisation, etc. Probably their biggest challenge is how to cope with change, understood as the disruption of new technologies, housing, refugee integration, etc.

Geoff Mulgan highlights the project D-CENT, a Europe-wide project that aims to create digital tools for direct democracy and economic emporwerment through citizen participation. Launched by Nesta, it has been already adopted in cities like Barcelona or Paris. To him, such projects are those who really turn cites into true collective intelligence. 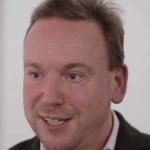 Geoff Mulgan is Chief Executive of Nesta since 2011. From 2004-2011 he was the first Chief Executive of the Young Foundation, which became a leading centre for social innovation, combining research, creation of new ventures and practical projects. Between 1997 and 2004 Geoff had various roles in the UK government including director of the Government's Strategy Unit and head of policy in the Prime Minister's office under Tony Blair.