Cities are places where people connect, feel safe and live to Robert Muggah. He moved from Geneva to Brazil, which is “the homicide capital” of the world as the majority of people are scared of their own safety. This is an evident challenge but also represents huge opportunities to come up with solutions not only for Brazil but for other cities.

Muggah recommends Crime Radar is the world first open source predictive algorithm for crime. It takes 16 million data points of crime in Rio de Janeiro and through its algorithm, predicts the provability of being a victim in a time and space. This project not only brings together the best results of crime research but is also a tool for citizens to learn more about mobility in the city and think about the possibilities of the predictive analytics.

He also recommends Fragile Cities, the largest platform on data about cities around the world, which shows up to eleven metrics that every city faces. Both are new and innovating ways to think about cities but most important, both are ways of improving cities. 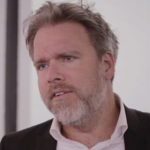 Robert Muggah is an expert in cities, security, migration and new technologies. He is the co-founder the Igarapé Institute, a think and do tank that works on data-driven safety and justice across Latin America and Africa. He is currently the director of research. Previously, he was the co-founded the SecDev Foundation and Group, organizations devoted to cybersecurity and the digital economy. Robert Muggah works as a consultant with governments and institutions such as the UN or the World Bank.

Janette Sadik-Khan: "Urban innovation takes just some imagination and political courage"
Covid-19 and the future of cities:  How are public space and social life going to change?
Martha Thorne: «Public space has to enable the idea of community»