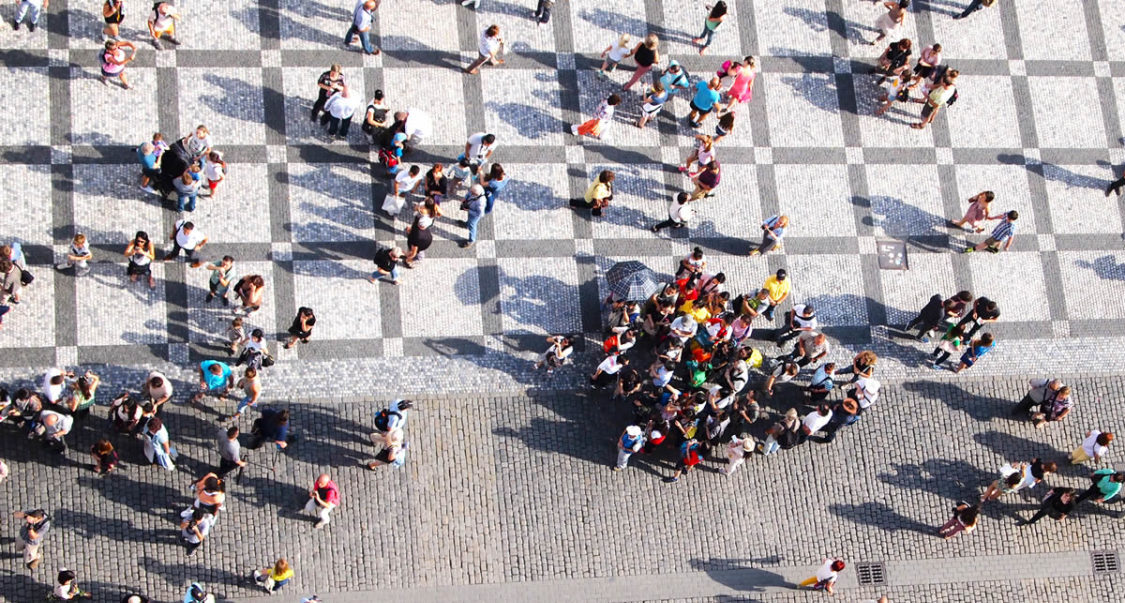 We are witnessing a transition point, a moment of change in the understanding of what a Smart City is.
Until very recently the predominant vision of a Smart Cities was defined around the use of centralized technology to aggregate information and manage cities more efficiently. The epitome of this perspective materialized with the command and control center. A centralized hearth and brains for cities that allow them to presumably manage almost everything more efficiently.
However, there was a big problem with this conception, a city is not a machine but a social structure made by and for citizens. Traffic, congestion and energy consumption matters, no doubt, but what matters most is how dynamic, fair, active, alive, entrepreneur and happy cities and their citizens are. All of this has little to do with this vision of a centralized command and control center.
There is now a comeback to the basics: citizens and cities as the place for social interaction. The Urban Sustainability Directors Network (USDN), a peer to peer network of local government professionals from over 120 cities across the US and Canada comprising cities such as Boston, Chicago, San Francisco, Washington, Vancouver, etc., recently published a study Getting Smart About Smart Cities promoting the idea of Smart Cities 2.0 as putting “people first” and stressing the idea of technology as a tool to use in the service of citizens.
The idea is not really new. If you take a look at the Smart Cities projects in Europe you will find many going in this direction. Probably they were not as visible as the ones being backed by the industry but they are there.
However the devil, like in many occasions, hides behind the implementation. Implementing a centralized tech oriented view of Smart Cities is fairly easy, you can borrow decades of experience on developing technological systems and apply them, it is complicated, but not really complex.
However, using IT for redefining social interaction is in many ways, terra incognita.

Start with a conversation, but how?
The first approach is to start with a conversation between local governments and citizens. Listen to what people say and want and translate this dialogue to the virtual environment.
In fact, there are many countries where town-hall meetings are part of their tradition, where politicians regularly meet citizens and are open to questions and to a dialogue around the questions of interest of the day. Sounds therefore straightforward to translate this type of interaction to apps.
The first and most immediate translation has been the crowdsourcing of elements that have to be fixed and complaints about things that don’t work. It is certainly difficult for any city to check everything that is not functioning properly, while for citizens, this is a simple operation. This has been the case of Open311, FixMyStreet and proprietary city apps. Benefits are obvious but beyond them is the taking of responsibility of the alerting process by citizens and therefore engaging them in actively in city matters.
Implementations differ however. Open311 is an Open Source effort summing both US and European cities that created a highly accountable application where citizens have a high degree of visibility and control on the repairs and the whole process.
FixMyStreet is an effort of MySociety a not-for-profit UK company that charges a fee to city halls for different levels of integration. Probably the main problem with this approach is the resistance of many city halls to non-in-house applications.
The second approach could be represented by apps like mySidewalk that aim at engaging citizens in a conversation around problems or topics suggested by public officials or citizens. This type of public discussion agora suffers in many cases from the lack of interest of a large part of the population, being therefore monopolized by small very active but unrepresentative groups.
Finally, a variation of this approach is represented by all the crowdsourcing exercises. IdeaScale did many of them in the US but also many in Europe with proprietary platforms. Being more targeted, normally accompanied with a marketing campaign that ensures reach, they are often more effective in terms of representing the public opinion and engaging citizens. However, they suffer from the same problems of lack of representativeness.

Embrace outliers and the misfits
Change and innovation don’t come from the mainstream, because the mainstream is exactly this, the part of the society whose ideas and proposals are already implemented. Change and Innovation, as Steve Jobs said, comes more often from the outliers and the misfits.
Therefore if we want a dynamic society prone to new ideas and change, we have somehow to foster, protect and give opportunities to outliers and misfits. They should be able to try new things openly.
This is probably the most difficult part because they won’t enter in the normal conversation – if not they will not be real misfits …
How can we provide opportunities while maintaining a high degree of social diversity to these collectives?
In terms of IT, addressing this question implies the realization that one-size-fits-all regarding apps is non-sense and therefore embracing an API based architecture where many flavors could exist, many collectives could jump in and participate. However, this is normally far from a real solution.

Help intermediary organizations
A conversation between a hacker, an anti-establishment and a city official sounds complicated to say the least, but when you add an organization in between them it sounds more feasible. Organizations create discourses and enable the interlocution between otherwise very diverse social groups.
They are also able to materialize proposals into concrete projects and actions. That’s why fostering organizations have succeeded in terms of providing channels of discussion and action to otherwise difficult to reach groups because of the large cognitive and social gap that separates them.
Supporting grass-roots organizations is always tricky. However, there are a variety of ways from Foundations – mostly used in the US – to public projects in Europe that are able to instrumentalize this support, examples can be found with Waag Society, Hack-the-gov, Open Knowledge Foundation, etc. all providing large and valuable output.

Concrete projects & Common interest work better
The general experience is that in instrumenting participation in Smart Cities 2.0 concrete projects work better than general discussions.
Particularly interesting is the facilitation of the involvement of citizens in their own projects. Here one of the best examples was Change by us in New York City where citizens and groups were able to propose projects through a platform and the city facilitated them by enabling permits, conference rooms and even little money if necessary and the project was of public interest. Examples ranged from local farming in city gardens to recreational areas for kids, etc.

What about voting?
Voting more often is an obvious solution, already in practice with low-tech mechanisms in countries like Switzerland or high-tech in Estonia, leader in e-gov. But yes, with the actual availability of technology is clear that we cannot talk of Smart Cities 2.0 and participation without talking about voting more often.
But there is more, Artificial Intelligence opens the door to tools such as sentiment analysis and the possibility to moderate the conversation of large groups and consolidate their ideas… but maybe this will be Smart Cities 3.0 already. 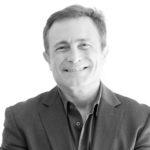 Esteve Almirall serves as Associated Professor at Barcelona's Esade Business School and is the Director of its Center for Innovation in Cities, and regularly collaborates with Anteverti as an external expert consultant. He lectured at various universities, including UC Berkeley, Purdue, UPF, UPC and EPFL. He has a mixed background in both AI and Management Sciences, particularly in Innovation.

Esteve Almirall spent a previous life in the business IT sector with a career in consulting and banking where for many years Esteve was the youngest CTO in the Spanish banking industry. In academics, he has been involved in multiple programs, and created a Smart Cities program — together with the World Bank — and Esade's Master in Business Analytics — ranked #5 in the world in 2018.

He was one of the founders of the European Networks of Living Labs — with +400 Living Labs around the world — and coordinated several high-impact European Projects such as Open Cities or Commons for Europe. Esteve also worked for the World Bank and the European Commission as an expert and has been deeply involved in the Smart Cities movement and the Smart City Expo World Congress since its inception.

Catherine D'Ignazio: «Cities don't think about gender enough»
Lacina Koné: "The Covid-19 pandemic provided African cities with an opportunity to shift the mindset"
Juliet Schor: "We see a '99% to 1%' inequality in many cities"