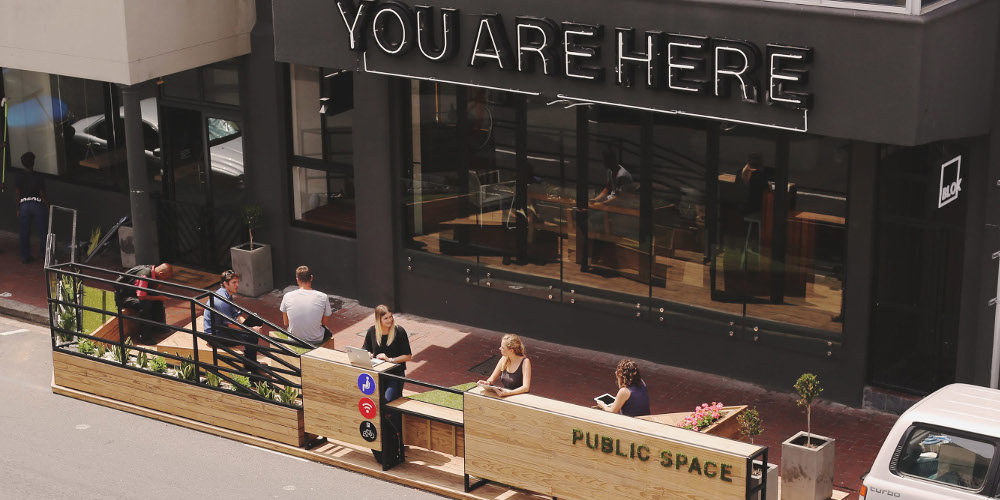 African public spaces are complex, especially so against the backdrop of fast urbanising cities and increasing socio-economic volatility. Future Cape Town sought to delve deeper into some of these complexities through a series of events and discussions called «The Future of Public Space» in 2016.

Public space in South Africa was, and in some instances still remains, a contentious issue due to apartheid spatial planning policies, which denied non-white citizens access to quality public spaces and city centres, places which were reserved only for whites. In addition, township planning and building plans neglected the design of quality public spaces. As a result, many black South Africans considered open/ public spaces in townships, informal settlements and inner cities to be frightening places – dirty, garbage-strewn, exclusionary and unsafe – conditions which still persist in the country today.

What must be realised is that cities that are unwelcoming for some are unwelcoming for all. They perpetuate social divisions and unhealthy social relationships between people. South Africa, with its history of segregation, is in dire need of physical spaces for citizens and communities of different backgrounds to interact. In order to transform the apartheid urban social landscape, urban planning and design must promote spatial, social and economic integration. Cities, beyond buildings, are made of physical and social fabric, of which public spaces are an important part – they build cohesion, develop feelings of belonging and inclusivity and give tangible expression to a more democratic, equitable society.

In light of these considerations, it becomes clear that public spaces within South Africa are very complex; different users have different perceptions of space and usually have different ownership patterns. How are we to begin reimagining how these spaces work and how do we work together to improve them?

These are some of the questions and challenges that Future Cape Town and its partners sought to untangle through a series of events, presentations and discussions called «The Future of Public Space» in 2016.

The Future of Public Space lecture series in 2016 highlighted the complexity of space and the countless efforts of individuals and groups to create and appropriate the public realm against the backdrop of deepening inequality, fast urbanising cities and increasing socio-economic volatility, and also brought into question the polarity between those responsible for creating and maintaining the public realm and those who are supposed to inhabit it.

This is a particularly important topic in Africa, a complex and diverse nation, for when it comes to public space, one size most certainly does not fit all. As such, we need an approach to public space that is flexible, locally engaged, inclusive and integrative.

The content of the series was summarised into a report, along with the following 10 key findings:

What can be said about the future of public space?

The power of public spaces still lies in the opportunity for direct interaction, but the sphere of public action has broadened to now include virtual and digital spaces, including social media platforms.

“The future of public space is a future of the elision of boundaries […] we need more, and better quality, public spaces in which to interact as the virtual world collapses artificial boundaries” – Guy Briggs.

From the conversations, presentations and case studies pulled together from the series, it becomes clear that the notion of public space (as conceived by urban elites) is, if not obsolete, certainly incomplete as a definition. This involves a recognition that public life goes far beyond the formal and the civic, to encompass (especially in South Africa) the informal, the mundane, the banal – whether this be political discourse, cultural engagement or commercial activity.

The future of public space is a future of the creation of partnerships between the city and citizens, communities and businesses and providers and consumers of services. It is a future that recognises that functional and qualitative public space is fundamental to achieving social equity and that public space is not simply for recreation but is inherently and vitally multi-functional, best designed by those that will use it – the citizens themselves.

This article was co-written between Rashiq Fataar and Lucia Schlemmer. 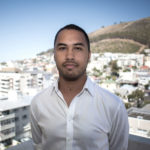 Rashiq Fataar is an urbanist and the director of Our Future Cities (comprised of Future Cape Town and Future Lagos), an influential organisation leading discourse and action related to the future of African cities.

As an independent urbanist, he helps leads research, strategy and communication for urban planning and development projects with a focus on public spaces and urban regeneration. He is also invited as a thought lead on cities, as a writer and speaker and international conferences and conventions. Fataar has previously served on the board of Cape Town Tourism and holds an Actuarial Science degree from the University of Cape Town.

Martha Thorne: «Public space has to enable the idea of community»
Pontus Westerberg: how video games can push community-led urban planning
Lacina Koné: "The Covid-19 pandemic provided African cities with an opportunity to shift the mindset"