Juliet Schor is Professor of Sociology at Boston College and a widely-known researcher. Since 2010, she has been studying a phenomenon that has recently transformed life in urban spaces: sharing economy. For her, it is also key to understand how social exclusion and growing inequality operate in cities, in many of which today we see «a ‘99% to 1%’ inequality, where a very small group of mega-wealthy are bidding up housing prices while a majority of citizens are getting priced out».

In that regard, sharing platforms can contribute to the economic empowerment of citizens, but entail risks as well. To Juliet Schor, one paradigmatic example of this trend is Airbnb. “There is no doubt that it has made it possible for some middle class people to stay in their homes”, she tells us, “but at the same time our research shows that it has very much contributed to gentrification and rising rents”. However, it is not only a question of economic and financial impacts. Racial discrimination or environmental unsustainability are also part of the drawbacks generated by the emergency of sharing economy.

But how to counteract them? Ongoing regulation is critical to answer this question, and local governments have a lot to say. “Cities are now becoming much more proactive to make sure that sharing platforms are operating in ways that are really benefitting the residents of the city”, Schor points out. A trend that coincides with her vision of the urban future. “Technology should be in the hands of everyone and used for the common good”, she concludes. 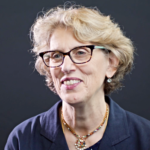 Professor of Sociology and researcher at Boston College | + posts

Juliet Schor is an economist and sociologist at Boston College. Her books include the New York Times best-seller 'The Overworked American', 'The Overspent American', 'Sustainable Lifestyles and the Quest for Plenitude', and 'True Wealth'.

Since about 2010, Schor has been studying the “sharing economy,” including both large platforms and smaller community initiatives. Schor is a former Guggenheim Fellow, Radcliffe Fellow, and Brookings Institution fellow, and in 2014 she received the American Sociological Association’s award for Public Understanding of Sociology.