The future of the world is urban — and the future of the urban world is African. In 2100, Lagos, the capital of Nigeria, will probably reach 100 million inhabitants. Kinshasa, the busy main city of the Democratic Republic of the Congo, will have more than 83 million people by the same year. Niamey, Niger’s little-known capital, could have the same population as Spain — 46 million, and Blantyre, in southern Malawi, could be the size of New York in 80 years. We talk with Lacina Koné, Director General of Smart Africa, about how technology is helping African cities cope with this emerging demographic boom and how, amid the continent’s rampant urbanization, Covid-19 can mean both risks and disruptive opportunities. He leads Smart Africa, a bold initiative and innovative commitment by African Heads of State and Government to accelerate sustainable socio-economic development on the continent, introducing Africa to a knowledge economy through affordable access to technologies and infrastructures.

—What are the challenges that African cities face right now?

—Let me give you a broader painting – a broader context of Africa. Africa is the fastest urbanizing continent on the planet. Africa’s urban populations have been growing at a very high rate: back in 1950, they accounted for about 27%, and today they have reached actually 60%. Urban population in Africa is going to triple over the next 50 years.

This is an unprecedented demographic boom that is accompanied by mounting challenges for governments, which must always keep up with population growth, housing, access to food and water, transport, waste management, energy supply, etc. As of today, most cities on the continent are not collecting sufficient data and leveraging e-government services as they should. The adoption of technology in our activities is yet to be optimal. Africa must really take advantage of this rapid growth of urban areas, of urban citizens, to overcome this difficulty through better management of its cities, through technology – which becomes a tool to be able to alleviate all this burden.

—How has the Covid-19 pandemic impacted African cities? Has it altered the challenges they face?

—The pandemic has impacted African cities in many ways as it did to many other cities around the globe. However, Covid-19 provided African cities with an opportunity to shift the mindset and change the way we do the day to day business. In most cities, the pandemic altered the priorities while it accentuated the challenges and demonstrated the urge to effectively tackle existing challenges. The crisis accelerated the adoption of technology and electronic transactions in particular. E-government services and online money transactions adoption rate has exploded.

As an example, Rwanda which is the Smart cities champion within the Smart Africa Alliance has recorded a 450% growth in Mobile Money Transactions within the first 3 months of the pandemic; as reported by RURA (Rwanda Utilities Regulatory Agency). Despite the curfew and lockdown measures, in Rwanda most government services were uninterrupted due to an advanced level of e-government adoption in Rwanda. These facts help to demonstrate the benefits and the need for fast adoption of information technology in the day to day of African cities.

In general, our cities are doing everything possible to adapt to the changes triggered by the Covid-19 pandemic and so far they’ve done well with the limited available resources and based on local realities.

—How do you think technology can help African cities—and national governments—in promoting a better quality of life for citizens?

—First of all, with Big Data. Big Data analytics will allow cities and governments to better plan for the future and find the appropriate solutions. For example, with mobility. When we look at mobility, we don’t see mobility as a scooter, as simple shared transport, as simple public transport. We have to look at mobility as the optimal solution for moving a citizen from point A to point B. By doing that, Big Data analytics will help.

However, until we can get Big Data in Africa to plan our cities, we must focus on using the technology we already have in place. For example, look at public transportation in Africa today – they are actually doing a lot of good work. At this moment we have ‘tap and go’ on buses, so we know the ridership easily and we do not need to count the number of passengers; we have CCTV video surveillance systems to be able to manage the traffic; we have sensors in the city to be able to detect where there are very crowded areas, technology is being used in the waste management activities of some of our cities . All of these are tools to be able to better map the city and to use technology to make the life better in the city. In 2017, Smart Africa developed a continental Smart Cities blueprint for Africa that contains all these tools and a clear roadmap on how to transform African cities into Smart Cities.

—Can you highlight an example of how cities in Africa are using technology to improve people’s lives?

—Kigali, in Rwanda is the city currently leading the flagship projects for Smart Cities within the Smart Africa Alliance. We created in collaboration with local authorities a Smart City national strategy for Rwanda based on the aforementioned continental blueprint, and we actually did some pilots in Kigali. And we can see that things are getting better. For example, they have now an integrated control center for the traffic; electric motorbikes are currently being assembled by now in Kigali to be able to alleviate the pollution in the city. A pilot project for smart waste collection and management in the city of Kigali is being implemented and will soon be operational. Things are really changing based on this assistance from Smart Africa to the Rwandan government. Given the experience gained in the process of supporting Rwanda to develop its National Smart Cities Master Plan, the Secretariat was able to support 4 additional countries to develop their National Smart Cities Masterplans namely Guinea, Benin, Tunisia and Ghana.

—If we look at 2030, what is the African city of the future that you envision like?

—An integrated city. I know a lot of people are talking about Smart cars, cars without drivers, taxis… But is that the real solution to mobility? I don’t think so – it’s all still the metal on the street. We need a better planning for mobility, but this will come with the mindset shift that has to happen in Africa. Now, the first thing our middle class in Africa want to do when they graduate is to own a car. But do I own a car for myself as a self-fulfillment or do I want to own a car because I want to move from point A to point B? That is a fundamental question. That mindset has to change. We need to reduce the pollution in the city, and that will happen by reducing the number of cars and changing the young people’s aspiration to having their own car. That is what I see as a necessity in Africa, because looking at the way the population rate is growing, if that is accompanied by the same growth of cars on the street, I don’t think it is a sustainable goal.

The future African city is safe, smart, green and clean. A city where mobility is far improved without polluting the environment, a city that leverages technology in all aspects of its operations. A city where public transportation is well organized to serve the residents while significantly reducing the carbon footprint, a city where the built environment caters for the growing demographic pressure while promoting carbon neutral housing developments. A city that exercises end to end smart waste management, a city where people and nature blend well together while using available resources equitably. A city that is connected and e-government services are developed and easily accessible to all residents.

🌍 The future of the world is urban—and the future of the urban is African. We talk with Lacina Koné @DGSmartAfrica about how #technology is helping African #cities cope with their demographic boom—while facing #Covid19 | via @anteverti & #CitiesToBe ﻿Clic para tuitear

Interview and edition by Sergio García i Rodríguez, Communications Manager at Anteverti and CitiesToBe Executive Editor | All pictures used in this interview are of Public Domain. 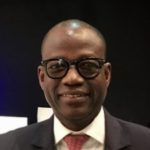 Mr. Lacina Koné, Director General of Smart Africa since March 2019. He is a professional of ICT industry with over 25 years experience in the telecommunications, satellite and intelligent transport system. Mr. Koné is a graduate of three continents. In the United Arab Emirates, he obtained a bachelor's degree in electronic engineering. In the UK, it has validated his Polytechnique rank with a master’s degree in data communication systems from the University of Brunel, and the United States, his MBA from George Washington University.

Pontus Westerberg: how video games can push community-led urban planning
Martin Brynskov: "The way cities are organized is 200 years old"
Emilia Sáiz: "During the pandemic, local governments have engaged not just in collaboration, but in collective learning"